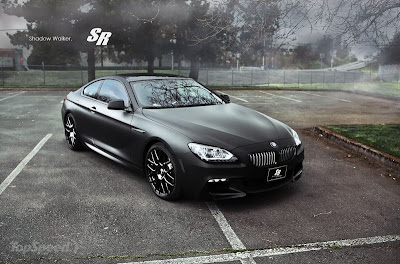 We’ve said this countless times on these pages, but it’s still worth repeating: we love it when a car is dressed in a matte black paint finish.

Even more so if the car in question comes with the kind of fantastic styling exhibited by the new 2012 BMW 650i Coupe. And so, like a prayer from the heavens, one of our favorite tuners decided to dress up the top-of-the-line 6-Series in matte black - to go with other styling enhancements - before giving a nickname befitting its new look: Shadow Walker.
To enhance the stylish two-tone exterior of the Shadow Walker, SR Auto Group combined the gloss black faces on the sports saloon with matte black inserts, resulting in a look that can only be described by our open-eyed stuttering upon seeing the photos of the car. SR Auto Group rounded out the exterior upheaval with a new set of 20" bespoke Niche wheels, further adding a beyond ridiculous, stealthy black look to the 650i Coupe.
More modifications are expected to be offered, but we couldn’t keep these photos of the Shadow Walker away from you. Chances are, it’s going to be somebody’s wallpaper pretty soon. 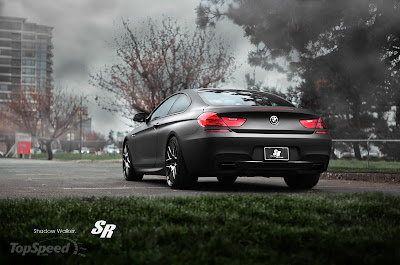 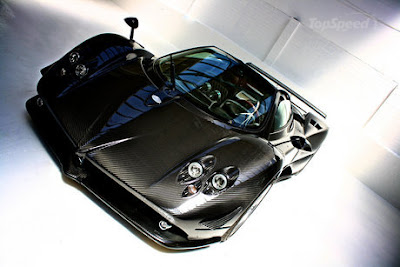 It’s no secret that Formula 1 drivers are some of the most highly paid sportsmen in the world. With some contracts topping $10 million without taking into account individual sponsorships, F1 drivers could literally swim in money. One of the most interesting things about this is that many F1 drivers just drive regular, everyday cars, rather than sports cars as everything feels slow when compared to an F1 car.

However, if reports are to be believed, 2008 world champion Lewis Hamilton may have just purchased a road-car as close to an F1 car as you can get, the Pagani Zonda. And, no not just any old Zonda, but a one-off car built specifically for him reportedly called the 760 LH, and it doesn’t take a genius to work out what the ‘LH’ stands for.
Hamilton’s car is said to be based upon the 760 RS which was recently commissioned and built for a very special Chilean owner. The 760 RS is the most powerful production car Pagani has built to date, even surpassing the Huayra by about 60BHP, pumping out an incredible 760 horsepower. The car ordered by Hamilton differs in one major way to the RS, as it will be built with a traditional manual transmission, leading the McLaren driver to state, “my company car has a paddle-change gearbox, so when I drive for fun, I want a manual.”
It’s unclear just how long Hamilton will have to wait for his brand new hypercar, but considering the Zonda is built completely by hand, he’ll be lucky to have it delivered in the next six months. It’s also worth noting that Horacio Pagani has previously stated that one-off Zonda’s will continued to be made if demand is there, despite the Huayra now being the company’s flagship supercar.
Posted by Unknown
Email ThisBlogThis!Share to TwitterShare to FacebookShare to Pinterest
Labels: Pagani Zonda 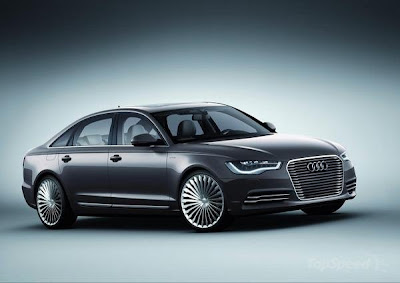 Audi is further expanding its e-Tron line-up with a new A6 L e-Tron concept at the 2012 Beijing Auto Show. This decision really shouldn’t surprise anyone considering people in the Chinese market love their large cars, but want efficiency in their models as well. The new A6 L e-Tron Concept serves up the perfect combination the luxury and the practicality of an A6, and a range of 49.71 miles on pure electric power.
Like all the other e-Tron models, the new A6 L e-Tron concept combines a 211 HP 2.0 TFSI engine with a 95 HP electric motor. The electric motor takes its power from a liquid-cooled lithium-ion battery located in a collision-protected space at the rear of the vehicle.

The concept was built on an ultra lightweight principle that combines 10% aluminum with carbon fiber-reinforced polymer (CFRP). The interior is almost similar to a standard A6, except that the power-meter replaces the tachometer that offers the driver the info he needs.